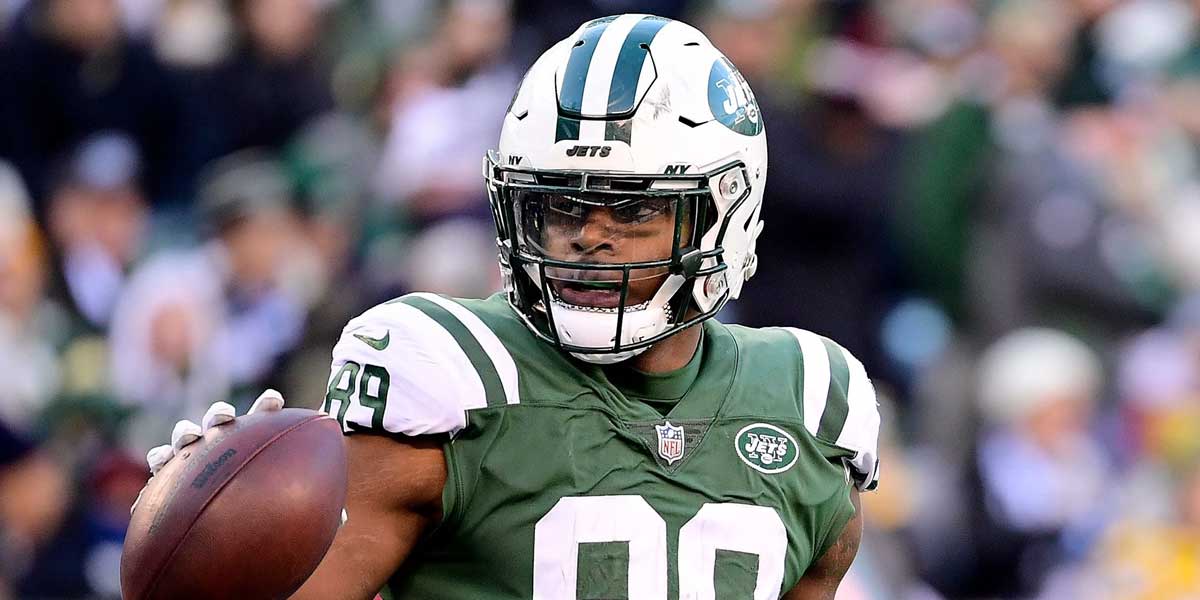 NEW YORK – Tight end Chris Herndon, 23, has been suspended for four games due to an incident that occurred in June 2018. Herndon was charged with a DWI and pleaded guilty in January 2019 after a woman involved in the accident claimed injury. These legal troubles have put him in direct violation of NFL policies and programs on the abuse of substances.

Herndon will not be able to play until October 7th. The Jets do not have much talent in the form of a replacement for Herndon through the four games that he will be missing. During his NFL debut last season, Herndon went 502 yards with 39 receptions and 4 touchdowns.

"He's a unicorn type of player, you don't see a lot of these players that can do all three phases of the game. Chris is unique," Jets Coach Adam Gase said at the NFL Combine workouts in Indianapolis. "I don't think you'll find a lot of tight ends that are able to be on the field all three downs. Obviously, he's a very good receiver, he's very good in the run game, and he did a really good job in pass protection last year.”

What Will The Jets Do In Herndon’s Absence?

Quarterback Sam Darnold has built up terrific chemistry with Herndon last season which only got stronger during the offseason. Until he can return to the field in October, it looks as though the New York Jets will try not to make any heavy plays in the tight end position. They have newly acquired Trevon Wesco from West Virginia in the fourth round of the NFL draft but whether or not Wesco will be used as a tight end or a fullback remains to be seen.

The other two tight ends on the roster are Daniel Brown and Eric Tomlinson. Brown had zero receptions last season and Tomlinson went 72 yards last season with a total of 8 receptions. SportsBettingNewYork.com understands the Jets are going to have to improvise until October when their star tight end can resume playing. Although he has been suspended for four games, Herndon has been allowed to participate in team practices and camps.

The first game for the New York Jets is set for September 8th at 1:00 pm ET against the Buffalo Bills. The game will be aired on the CBS network. The Jets are the favorite to win with odds of -170 while the Bills have been given odds of +150.