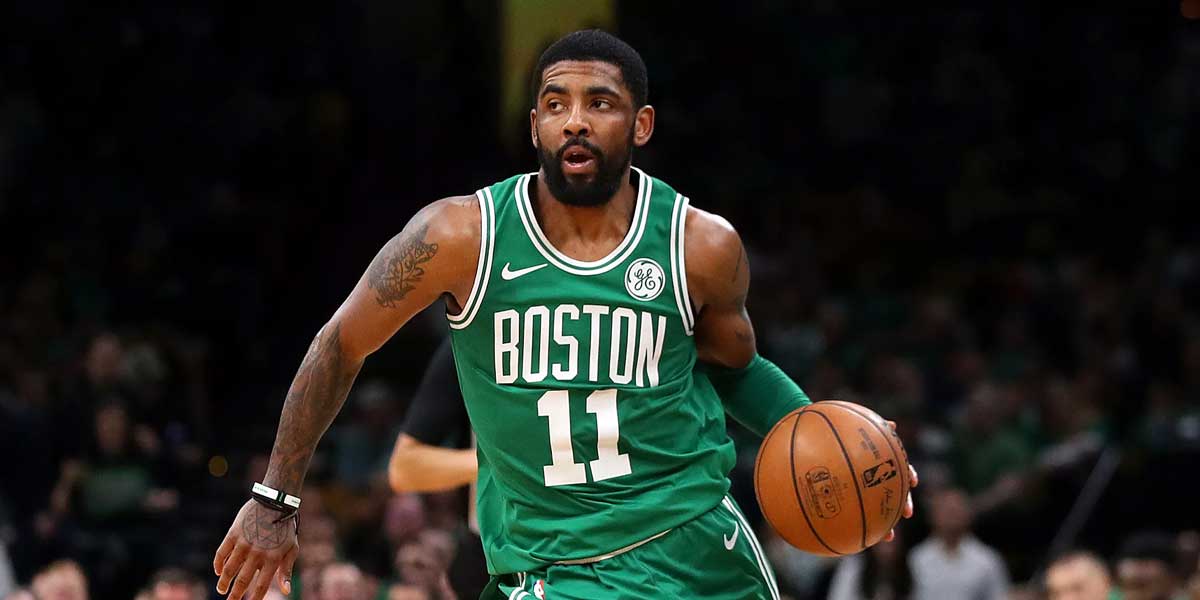 NEW YORK – There may be no fan base more eager for the 2019 NBA season than those of the New York Nets. A big reason is the chance to see their new superstar point guard Kyrie Irving in action. Although, right now might be the best time to put action on Kyrie Irving’s betting odds to win the 2019 NBA MVP.

The line set by the popular online sportsbook, BetOnline, currently has the 26-year-old superstar set at (+3300) to win the award.

There are 14 other players that sit ahead of Irving in terms of betting odds to win the 2019 NBA MVP, but there are some notable distinctions between them and Irving.

Some of those players such as Lebron James, Kawhi Leonard, and James Harden all have superior talent by their side.

The Los Angeles Lakers recently acquired Anthony Davis to help carry the load for Lebron James, Kawahi Leonard was signed to the Los Angeles Clippers with Paul George, and the Houston Rockets also traded with the Oklahoma City Thunder to reunite Harden with Russell Westbrook.

Irving, on the other hand, will likely be without former NBA MVP Kevin Durant for the entirety of next season due to an injured Achilles.

What this means is that the workload and the number of possessions he will have will likely increase. That would certainly translate into more stats being generated per game. Last season, Irving averaged 23.8 points and 6.9 assists per game.

SportsBettingNewYork.com thinks he will likely have to increase those numbers in order to have a shot at the MVP award. Giannis Antetokounmpo was the most recent winner and he averaged 27.7 points, 12.5 rebounds, and 5.9 assists per game.

While Irving is expected to have more touches on the ball, this could also lead to more stress on his body. Throughout his 8-year career in the NBA, Irving has missed an average of 16.5 games per season. No NBA MVP has missed more than 11 games in a season.

Still, the fact remains that the award is supposed to be given to the league’s ‘Most Valuable Player’.

Without another superstar’s help, Irving is expected to be the most valuable player for the Brooklyn Nets this upcoming season. If he is able to lead the Nets to any bit of success, his odds to win the 2019 NBA MVP award will most likely shrink.