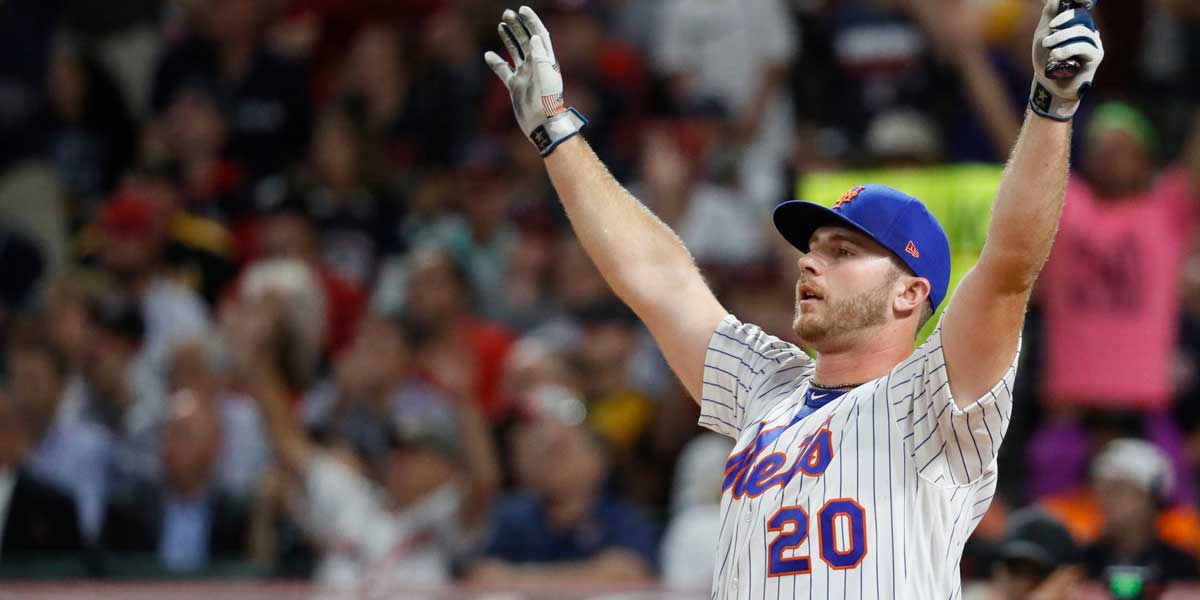 NEW YORK – The 2019 Home Run Derby will have its fair share of competition this year with New York Mets first baseman Pete Alonso in the lineup. Alonso has already logged 30 home runs this season so far. He has 68 RBI’s before the All-Star break which is a National Record for a rookie.

Pete Alonso is aiming to accomplish a huge goal for Mets baseball history: winning a Home Run Derby. According to Bovada Sportsbook, Alonso has +400 odds to win the 2019 Home Run Derby.

Alonso has impressed his peers with talent and skill since he was preteen. Mike Friedlein coached Alonso for a few of his preteen years. The older coach noted that Alonso developed tremendous hand-eye coordination and batting speed during these early formative years.

As for Alonso’s odds for the Home Run Derby, he will have stiff competition against first baseman Josh Bell and third baseman Vladimir Guerrero Jr.

Alonso may not be the favorite to win the Derby at New York sportsbooks, but he is not fair behind other top contenders. Vladimir Guerrero (+325) and Josh Bell (+300) are slightly more favored to win the Home Run Derby event.

Alonso still has the potential to win the Derby and line bettors pockets with a big win and line his own pockets in the process. The winner receives $1 million.

The 2019 Home Run Derby will take place on July 8, 2019, at Progressive Field in Cleveland. The event starts at 8 pm EST and airs on ESPN.