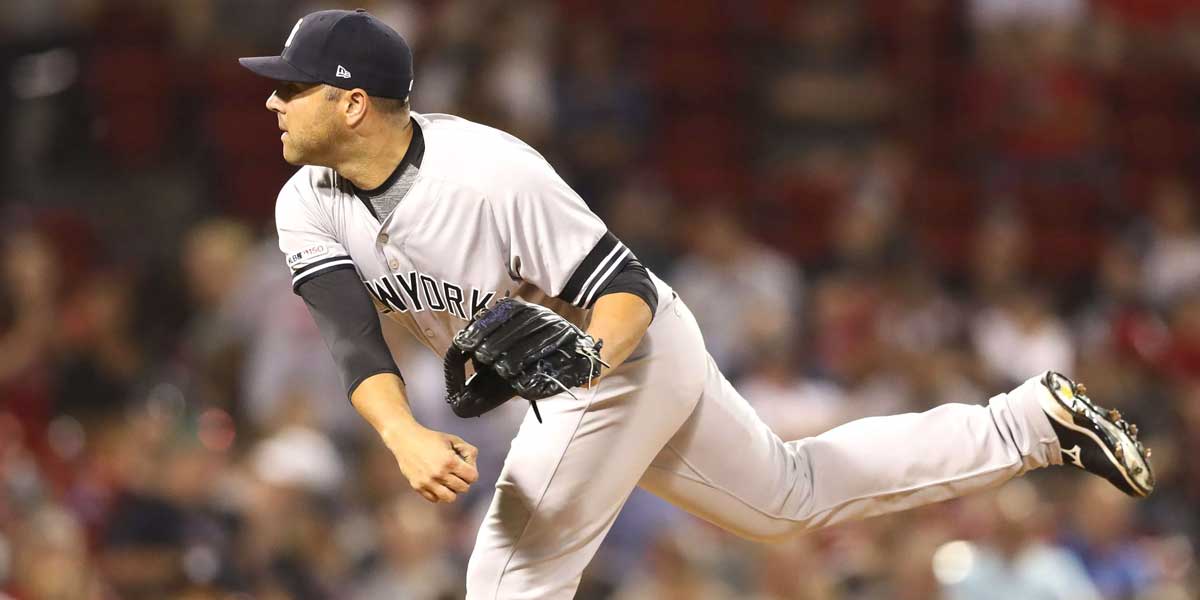 NEW YORK – The New York Yankees put catcher Austin Romine on the pitcher’s mound during Thursday night’s game against the Boston Red Sox. This action showcases how much the Yankees are in need of a whole new squad of pitchers. Romine began pitching during the eighth inning of the game when the Yankees were down by a whopping 13 runs.

SportsBettingNewYork.com learned this is not the first time that Romine has been utilized as a pitcher. He threw against the Red Sox last year in postseason play. In that game, the score ended 16-1 for the Red Sox. Thursday night’s game had a similar result. In his one inning of pitching, Romine allowed Boston to score three more runs for a game-ending total of 19-3.

The starting pitcher for the game was Masahiro Tanaka. Tanaka who holds an ERA of 4.79 allowed 7 runs to be scored in the first inning alone. He allowed 16 runs to be scored before Romine was put in and allowed 3.

The New York Yankees have a current record of 66-36 for the season. They are number one in the AL East. They will face off against the Boston Red Sox in Fenway Park for round two, tonight at 7:10 pm ET. The game can be viewed on the NESN network. For tonight, they will have LHP James Paxton who holds a 4.20 ERA as their starting pitcher. The New York Yankees are the favorite to win with odds of -129 while the Boston Red Sox have odds of +109 for Game 2.