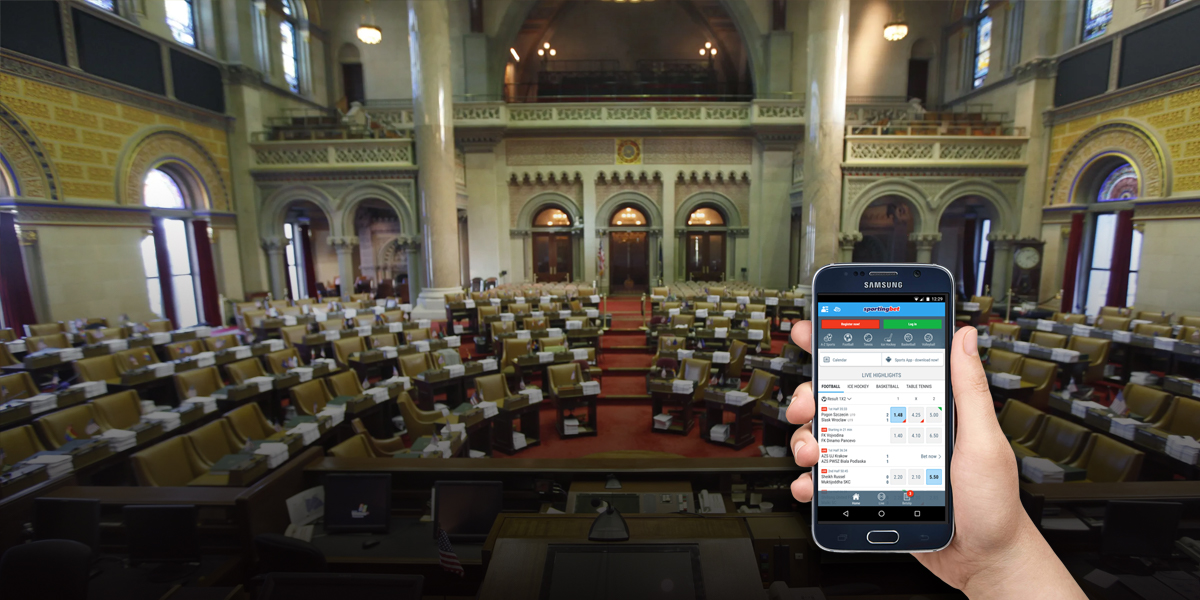 ALBANY, N.Y. – The timeline for legalizing mobile sports betting in New York has been pressing on the minds of Senators and Assemblymembers of the state.

With land-based sports betting already approved, regulations set by the New York Gaming Commission, and the expected launch to occur in a few months, online betting has been left behind.

Cuomo has the belief that a constitutional amendment is required to add mobile wagering to the laws, but has also set beliefs that a certain wording in the bill’s text could allow for it without a change.

Regardless, the legislators have been tirelessly working on approving the expansion before their June 19 adjournment date.

According to Senator Addabbo Jr., the lawmakers are scheduling a time to vote on NY SB 17 early next week.

The vote comes after certain amendments were added to the text, including a better understanding of in-stadium wagering.

In the previous version of the bill, any professional sports stadium (with seating for 15,000 or more) could offer sports betting services but only if no other operators were present in the state.

This would have excluded arenas such as New Era Field and Citi Field. However, the legislators removed the section about having no other operators present, as it now would allow for any stadium (with capacity over 15,000) to offer their services.

In attempts to make a smooth transition between the Senate Floor and the Assembly Floor, the Assembly version of the bill, NY A 6113 has been updated to correspond with the updates.

While the chances are slim that mobile sports betting in New York gets approved into law this year, one thing is for certain: mobile betting will not launch this year in NY.

After approval, additional regulations (including a required public commenting period), licensing approval, system testing, and more have to be finalized before the first action can occur via mobile devices.