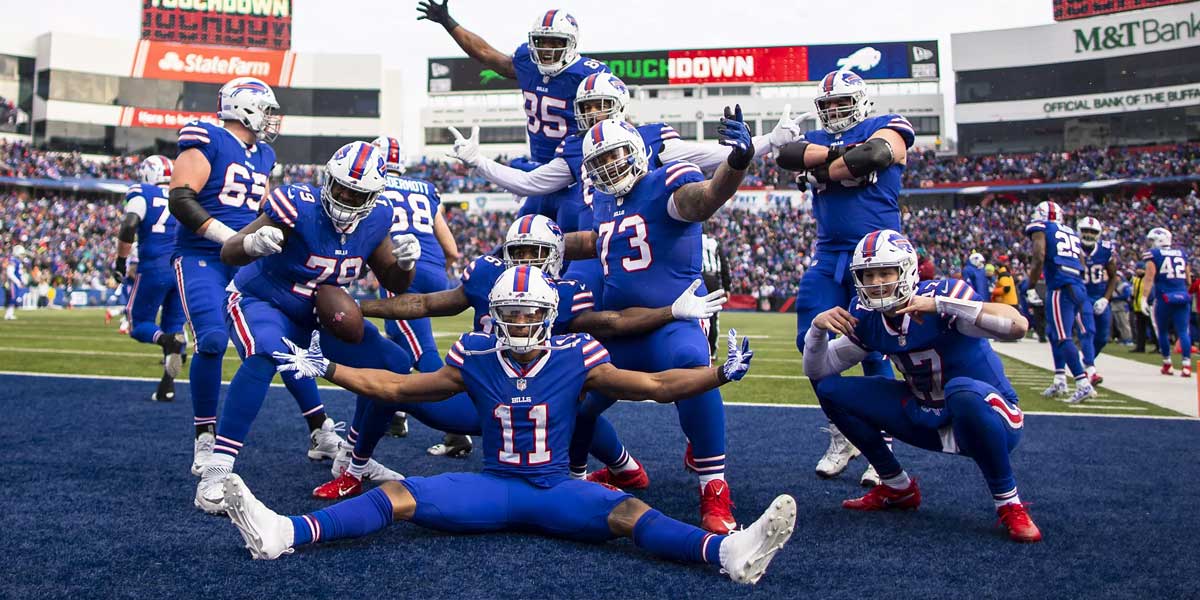 NEW YORK – The first Buffalo Bills preseason game is less than a month away and fans of the NFL are licking their chops ready to bet on this upcoming season.

But betting lines and odds have been released, despite a few more weeks of waiting. While the Bills aren’t projected to have a Super Bowl winning season, you can find value in odds in a variety of other locations (however if you wanted to bet on them to win, do it now, as the odds are +10000).

Will The Buffalo Bills Make The Playoffs?

The Bills made the playoffs two seasons ago, breaking a nearly 20-year drought. In the 1990s, Buffalo went on a run, making the playoffs in 8 times. There is potential for this current squad to match that production, especially with the likes of Josh Allen.

Allen comes into his second NFL season after proving he can get it done on the ground as well as through the air. He finished with a team-high in rushing touchdowns, rushing yards, and (removing 1 rush for 9 yards from Patrick DiMarco), average yards per rush.

However, with the addition of TJ Yeldon and Frank Gore amongst veteran LeSean McCoy, Allen will likely see a step back in rushing production this year. Still, he remains the only Bills player aside from “LeShady”, on the odds board shown to lead the league in rushing touchdowns (+5000) at the end of the year.

Betting on McCoy to have a league-leading rushing season is questionable at best, as he has only played a full season once in the last four years. But McCoy has six seasons (of ten) rushing for 1000+ yards, so anything is possible.

Who Will Win The AFC East?

Buffalo comes in as the third-favorite in the division to take the title. The New England Patriots are the clear leader amongst the AFC East teams, having won the previous 10 titles. But with another year under Tom Brady’s belt and the retirement of Rob Gronkowski, the Pats aren’t as deadly as years’ past.

The Bills will still need to find a way to win, as they are 73-43-1 against the Patriots all-time, including an 0-5 record in the last few meetings.

The New York Jets are second to win the division but hired a coach in Adam Gase who has a career losing record. His sole playoff appearance came in his first season with the Miami Dolphins but led his team to a diminishing record both years after.

The Bills do hold the all-time lead over the Jets, sitting with a 62-55 record but spent the majority of the 2010s splitting the regular season victories.

As for the Dolphins, we’ll just leave this fun fact: they are last in the league (odds-wise) to make the playoffs this year.

How Many Games Will The Buffalo Bills Win?

Oddsmakers have set the season mark for the Buffalo Bills rather low and the bettors are clearly showing that the over is favorited.

Though the Bills would have missed this mark last year (finished with 6 wins), the first year under coach Sean McDermott would have made the cut (with 9 wins).

With one more year under center, SportsBettingNewYork.com thinks Josh Allen should find much more comfort in McDermott’s system, leading the team to 7 or more victories.

Despite going through 10 coaches over the past 20 seasons, the Bills have won 7 or more games in more than half of those instances (11). However, their six seasons with 6 wins (in the same time span) might leave bettors slightly nervous on taking the over.

To help ease the tension, looking at more recent production in Buffalo should leave bettors feeling slightly more confident, as the Bills have won 7 or more games in all of the last five seasons except last year.