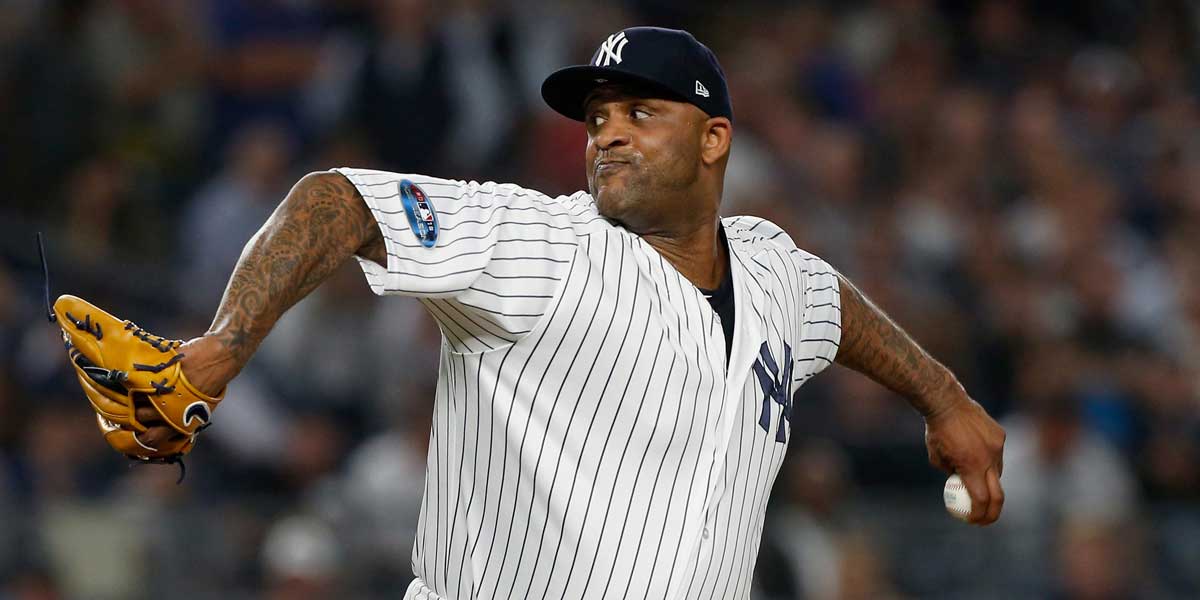 NEW YORK – The New York Yankees have more woes to report with their pitching staff. Left-handed pitcher CC Sabathia has been placed on the Injured List for 10 days after experiencing a knee inflammation. Sabathia is 39 and expected to retire at the end of the season. While he’s been placed on the 10-day list, there’s no exact timeline as to when he will return.

The Yankees 4 game series with the Boston Red Sox came with 4 losses and a ton of runs. Their worst showing was their first game where they lost by 16 runs with the final score being 3-19. In the last 7 games, New York’s bullpen has given up an astonishing 73 runs to their opponents. In the last month, the pitching staff has averaged an overall ERA of 7.09, the second-worst averaged ERA in the MLB.

Veteran Sabathia is just the latest gut punch for the Yankees pitching team. In the last 8 innings he’s pitched, he’s given up 6 home runs and 11 earned runs. These innings took place between two games where he was the starting pitcher. He has no been able to pitch for longer than half of a game without needing relief in his last few outings.

“We’ve been the reason why we’ve been losing games,” said Sabathia of his fellow pitchers. However, pitching coach Larry Rothschild believes he is the reason for his players’ poor performance.

“It’s my responsibility to get it right,” said Rothschild.

The New York Yankees are in 1st place in the AL East with a record of 67-38 so far this season. That’s 7 more wins than the Tampa Bay Rays who are in 2nd place. While the Yankees will undoubtedly have a chance at postseason play given their record and the season being halfway over, SportsBettingNewYork.com knows they’ll need a squad of pitchers that can get them there.

The Arizona Diamondbacks will face the New York Yankees on Tuesday, July 30th at 7:05 pm ET. The starting pitcher for New York will be LHP J.A. Happ who has an ERA of 5.23 and an 8-5 record for the season. The game will be broadcast on the YES Network.