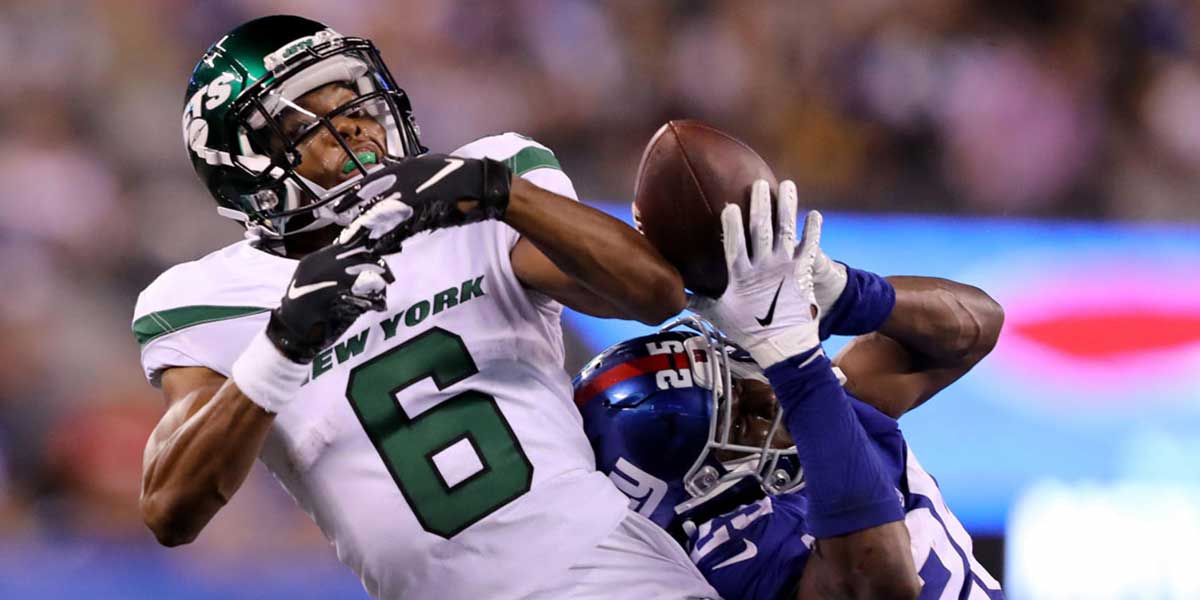 NEW YORK – The team with the better season last year by all of one game came out victorious last night. The New York Giants beat the New York Jets 31-22 in the preseason opener. The Jets were favored to win but the Giants came ready to play.

Rookie quarterback Daniel Jones, 22, made a mistake during the first play of his professional career. Jones failed to signal for the blocking scheme and running back Wayne Gallman was left 1-on-1 with a defensive end from the Jets. Despite that mistake, he was able to score a touchdown during that drive with a 12-yard pass to wide receiver Bennie Fowler in the endzone.

Even with the mistake involving Gallman, the running back thinks Jones’ performance was terrific.

"I'm impressed with everything. There's not an actual word I'd put on it," said Gallman. "But he's gonna be a great one. He's very poised, very smart — you can tell by his eyes, he comes ready to play and that's something you like to see in your teammates."

Giants wide receiver Reggie White Jr also had a big game. The 23-year-old went 60 yards with 4 catches. The stadium erupted in chants of “Reg-gie!” because of the rookie’s performance. This may or may not have started due to White Jr having more than 50 friends and family attend his first NFL game.

The Giants went on to beat the Jets by 9 points. With Jones playing so well, head coach Pat Shurmur was asked whether Eli Manning would still be starting quarterback during the regular season.

"Listen, we’re not going to play the what-ifs. I would say this: Nothing has changed," said Shurmur. "This was the first game. I expect Daniel to play well. I expect him to go out and improve, and for the people that don't know him, impress them. Our expectations for him have not changed ... our situation has not changed."

The Giants will face the Chicago Bears on Friday, August 16th at 7:30 pm ET. The game will be aired on the NFLN channel.

The beginning of the preseason opener commenced with Jets starting players like quarterback Sam Darnold and wide receiver Jamison Crowder. Both the offense and defense showed their skills on the field. By the second quarter, the second-string players which included quarterback Trevor Siemian held their own. SportsBettingNewYork.com thinks both the Giants and the Jets were equally matched in skillset on the field resulting in a halftime score of 17-15 Giants.

The second half of the game was dominated by the Giants. Despite both teams having their third and fourth string athletes playing, the Giants came out on top as the Jets lost all the fuel in their engines. The game ended with a score of 31-22. The New York Jets will play the Atlanta Falcons in their second preseason game on August 15th. The game begins at 7:30 pm ET and can be streamed on CBS.