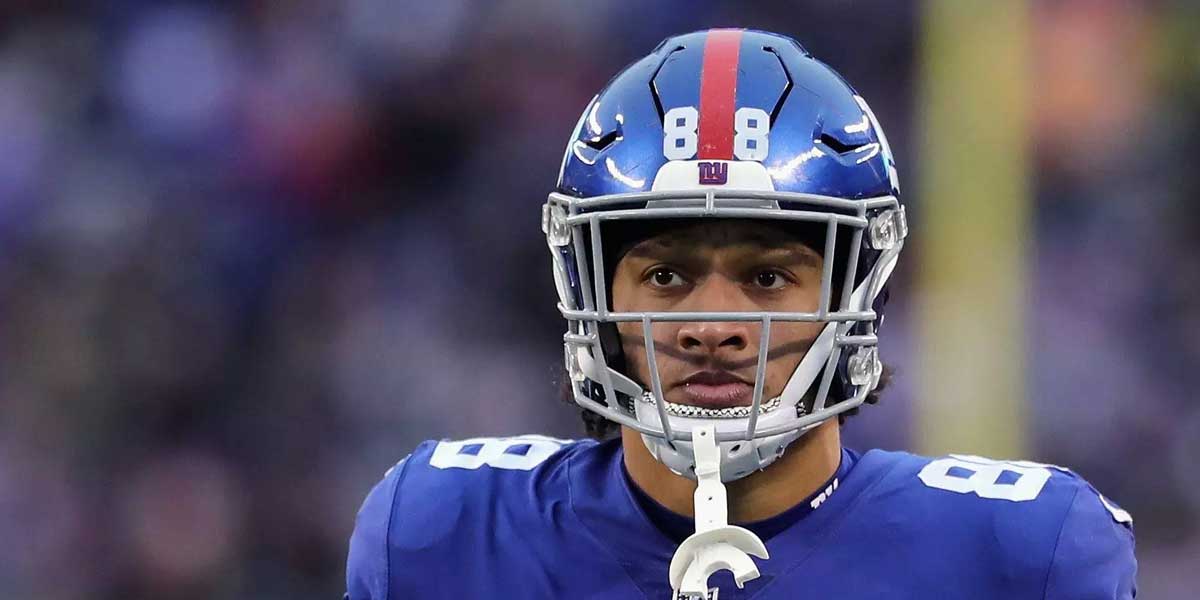 NEW YORK - Tight end Evan Engram, 24, of the New York Giants is ready to play this season. The Giants suffered a huge loss in Odell Beckham Jr. and they’re hoping that Engram can fill that void. This will be Engram’s third season with the franchise and the third year of his professional career.

Engram was held out from postseason practices due to hamstring issues that plagued him during the spring. The Giants did not want to take any chances for an injury during preseason practices, having Engram sit them out. However, the tight end believes he is in the best playing shape of his life.

“I feel myself kind of growing into a bigger leadership role, bigger role in the offense, I’m just excited. I haven’t felt this good in a while,” said Engram. “Being professional, taking care of my body, it’s making a huge difference.”

In the 26 games he’s played professionally, he’s made 26 touchdowns and had 109 pass completions for a total of 1,299 yards. Engram, standing tall at 6-foot-3 and weighing in at 240lbs has realized the importance of taking care of his body so that he is able to play at maximum capacity. Changing both his sleep and eating habits have improved his game immensely.

While he has been sitting out of team practices, he has maintained his own exercise regimen alongside them. Engram has always been great when it came to running the field but he’s now acquired better skills when it comes to blocking that he hopes to display during the season.

“It’s crazy how much better I have gotten at the blocking game," said Engram.

The Giants see great potential in Engram and plan to use it to their advantage this season. As for Engram, his game plan is to stay healthy and keep his head in the game. SportsBettingNewYork.com thinks that not only does he have aspirations of going to the Super Bowl, but he also hopes to one day be the player that others are compared to when talking about the best tight ends of the NFL.

The New York Giants have +8000 odds to win the Super Bowl. Their first game of the season, featuring Engram on the field will be against the Dallas Cowboys. The Cowboys are favored to win with odds of -380. The Giants will enter AT&T Stadium with odds of +290. The game is set for September 8th at 4:25 pm ET and will be televised on the FOX network.